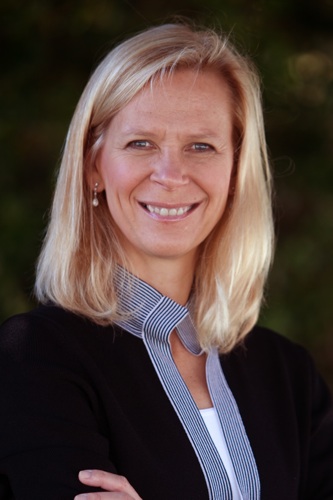 Lilly Mendel is Linda Avey, co-founder and former co-president of 23andMe. She blogs at http://lillymendel.blogspot.com. In May of 2008 her real genotype information was used for a contest, without revealing her identity.

The text below is from the winning entry.

Lilly Mendel is a female caucasian

and an interesting personality.

Everyone's who's ever met her knows that. Fewer people know she's a night owl

who likes to finish her evening with french vanilla ice cream and a glass of white wine.

Or how those family issues may have helped to trigger a period of depression during her teens. After experimenting with several medications doctors found that citalopram seemed to work well for her.

Earlier genetic testing might have prevented 8 months of frustrating experimentation.

In her mid 30s she experienced a blood clot. By now genome scans were a part of a patient's electronic medical records. Her tests revealed the need to prescribe a smaller than usual dose of warfarin

This was the excuse she'd needed to quit smoking. Doing so was surprisingly easy since there were now medicines customized to her genetics.

That same report revealed she had dyslexia

She hadn't expected to see that, but somehow she felt she'd always sort of known. What came as a surprise was that instead of the usual advice to exercise more she learned that her jogging might actually be something to watch out for

Based on her specific genetics

So she's started some daily eye exercises, become a participant in a research study and taken up photography.

Retrieved from "https://www.SNPedia.com/index.php?title=User:Lilly_Mendel&oldid=1512782"
Category:
This page was last edited on 9 October 2017, at 17:46.
Privacy policy
About SNPedia
Disclaimers